{{formatDate(post.createdAt)}}
{{category.name}}
There are different types of diaries or journals that one can start and keep. With a personal diary there is no right or wrong way to write entries and no right or wrong topics to write about. What to write in a diary? Your diary can be devoted to a specific topic like dreams, food, travel, or lifelogging, or a place to write or draw whatever you want. The following sample diary entries from some of the most famous and influential people hopefully inspire you.

Widely considered one of the most talented people to have ever lived, Leonardo Da Vinci initially achieved fame for his paintings, such as, the Mona Lisa and The Last Supper. However, his reputation as a universal genius stems from his notebooks in which he recorded his scientific observations and ingenious inventions. Leonardo’s journals involve an impressively wide range of subjects including anatomy, astronomy, optics, geology, hydrodynamics, and art. He conceptualized flying machines, a submarine, an armored fighting vehicle, and an adding machine, all far ahead of their time and impossible to construct until modern manufacturing techniques emerged. 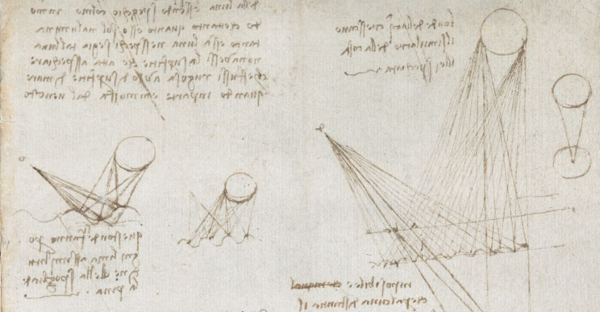 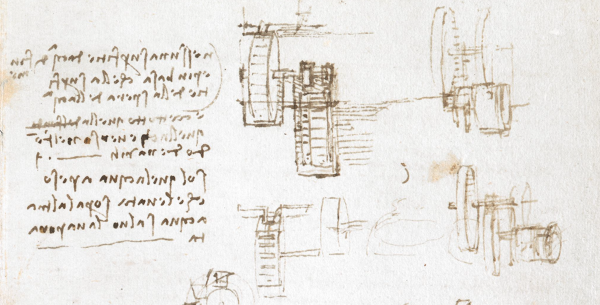 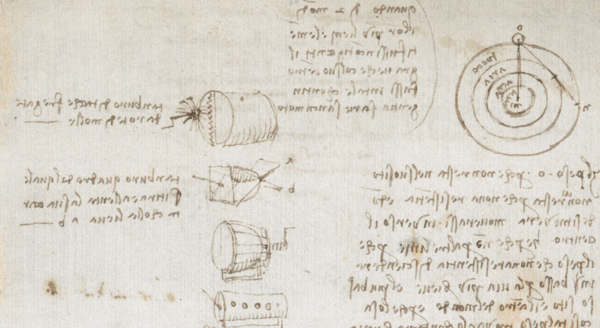 There is no travel journal as famous or influential as Charles Darwin’s Diary of the Voyage of the H.M.S. “Beagle”. During the nearly 5-year voyage around the world from 1831 to 1836, Darwin’s constant companions were pocket-sized books where he recorded his observations and impressions. The entries recorded in these small books would form the basis of Darwin’s revolutionary theory of natural selection conceived in 1838. December 15th 1831

This day is come to its close much in same way as yesterday. I am now sitting in my own corner feeling most comfortably at home. — This is the first time that I have not left the vessel during the whole day. —The wind with torrents of rain is sweeping down upon us in heavy gusts.

Collected a great number of curious & beautiful animals from the little pools left by the tide. The colours of the sponges & corallines are extremely vivid & it is curious how all animated nature becomes more gaudy as it approaches the hotter countrys. — Birds, fishes, plants, shells are familiar to every one. — but the colours in these marine animals will rival in brilliancy those of the higher classes.

The Mayór-domo took us in his boat to the Salina, which is situated about 6 miles down the coast. We crossed a bare & apparently recent stream of Lava which had flowed round an ancient but very perfect Crater. At the bottom of this Crater is a Lake, which is only 3 or 4 inches deep & lies on layers of pure & beautifully Crystallized Salt. The Lake is quite circular & fringed with bright green succulent plants; the sides of [the] Crater are steep & wooded, so that the whole has rather a pretty appearance. A few years since in this quiet spot the crew of a Sealing vessel murdered their Captain. We saw the skull lying in the bushes. In rocky parts there were great numbers of a peculiar Cactus, whose large oval leaves connected together, formed branches rising from a cylindrical trunk. In places also a Mimosa was common; the shade from its foliage was very refreshing, after being exposed in the open wood to the burning Sun.

Born Eric Arthur Blair, better known by his pen name, George Orwell, was an influential writer of novels, essays, and of course diaries. His work is characterized by piercing insight, lucid prose, and biting social criticism. Orwell’s impact on the English is still felt today through the adjective “Orwellian” describing the use of propaganda, surveillance, and disinformation employed by repressive governments, and other contributions such as “Big Brother”, Thought Police”, “thoughtcrime”, and “doublethink”. Orwell considered the precise and clear usage of language of paramount importance as language limits our ability for critical thinking. July 28th 1940 (excerpt)

This evening I saw a heron flying over Baker Street. But this is not so improbable as the thing I saw a week or two ago, i.e. a kestrel killing a sparrow in the middle of Lord’s cricket ground. I suppose it is possible that the war, i.e. the diminution of traffic, tends to increase bird life in inner London.

Have been unable for some days to buy another volume to continue this diary because of the three or 4 stationers’ shops in the immediate neighbourhood, all but one are cordoned off because of the unexploded bombs. Regular features of the time: neatly swept-up piles of glass, litter of stone and splinters of flint, smell of escaping gas, knots of sightseers waiting at the cordons.

Ghastly feeling of impotence over the India business, Churchill’s speeches, the evident intention of the blimps to have one more try at being what they consider tough, and the impudent way in which the newspapers can misrepresent the whole issue, well knowing that the public will never know enough or take enough interest to verify the facts. This last is the worst symptom of all – though actually our own apathy about India is not worse than the non-interest of Indian intellectuals in the struggle against Fascism in Europe.

Anne Frank was 11 years old when Nazi Germany invaded the Netherlands where her Jewish family lived. Slowly but surely, the Nazis instituted more and more laws and regulations that restricted the freedom of Jews. When the Nazis took things further and began sending Jews to a so-called ‘labour camp’ in Nazi Germany, Anne’s father decided to move the family to a hiding place in the annex of his place of business. Shortly before being forced into hiding, Anne received a diary for her thirteenth birthday. She wrote about events in the cramped hiding spot as well as her feelings and thoughts during the following two years. Anne Frank’s diary, The Secret Annex, has been translated into almost 70 languages and is one of the most widely read accounts of the Holocaust. May 2nd 1943

When I think about our lives here, I usually come to the conclusion that we live in a paradise compared to the Jews who aren't in hiding. All the same, later on, when everything has returned to normal, I'll probably wonder how we, who always lived in such comfortable circumstances, could have 'sunk' so low. With respect to manners, I mean. For example, the same oilcloth has covered the dining table ever since we've been here. After so much use, it's hardly what you'd call spotless. I do my best to clean it, but since the dishcloth was also purchased before we went into hiding and consists of more holes than cloth, it's a thankless task. The van Daans have been sleeping all winter long on the same flannel sheet, which can't be washed because detergent is rationed and in short supply. Besides, it's of such poor quality that it's practically useless. Father is walking around in frayed trousers, and his tie is also showing signs of wear and tear. Mama's corset snapped today and is beyond repair, while Margot is wearing a bra that's two sizes too small, Mother and Margot have shared the same three undershorts the entire winter, and mine are so small they don't even cover my stomach. These are all things that can be overcome, but I sometimes wonder: how can we, whose every possession, from my underpants to Father's shaving brush, is so old and worn, ever hope to regain the position we had before the war?

Dearest Kitty,  North Amsterdam was very heavily bombed on Sunday. There was apparently a great deal of destruction. Entire streets are in ruins, and it will take a while for them to dig out all the bodies. So far there have been two hundred dead and countless wounded; the hospitals are bursting at the seams. We've been told of children searching forlornly in the smoldering ruins for their dead parents. It still makes me shiver to think of the dull, distant drone that signified the approaching destruction.

Dearest Kitty,  The weather is gorgeous, indescribably beautiful; I'll be going up to the attic in a moment. I now know why I'm so much more restless than Peter. He has his own room, where he can work, dream, think and sleep. I'm constantly being chased from one corner to another. I'm never alone in the room I share with Dussel, though I long to be so much. That's another reason I take refuge in the attic. When I'm there, or with you, I can be myself, at least for a little while. Still, I don't want to moan and groan. On the contrary, I want to be brave! Thank goodness the others notice nothing of my innermost feelings, except that every day I'm growing cooler and more contemptuous of Mother, less affectionate to Father and less willing to share a single thought with Margot; I'm closed up tighter than a drum. Above all, I have to maintain my air of confidence. No one must know that my heart and mind are constantly at war with each other. Up to now reason has always won the battle, but will my emotions get the upper hand? 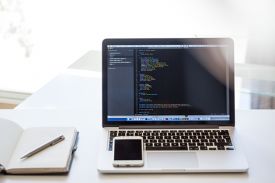 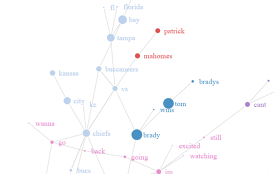 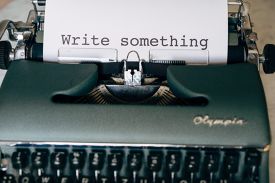 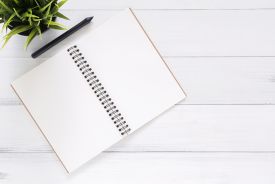 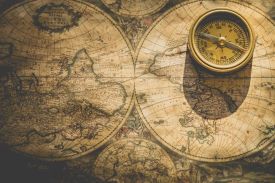 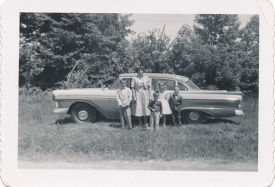 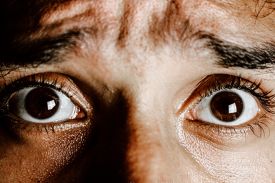 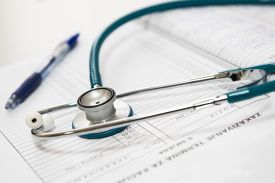 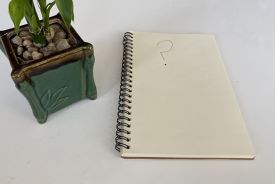 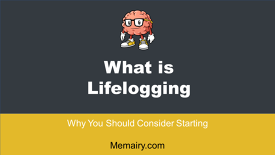 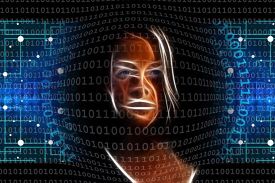