Capture your unique story or someone else's to preserve forever 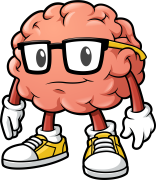 See how it works
↓


A private, personal online journal or diary to record your thoughts, memories, pictures, and videos.

Document memories from your past conveniently shown on a timeline to help you fill in the blanks and gaps.

Artificial Intelligence helps you to process emotions and experiences, deepen self-awareness, and improve your mental well being.

Create a Legacy for Someone

Invite family and friends to collaborate to preserve the life story of a loved one.

WHY SHOULD YOU USE.

Advanced searching makes sure you can always find what you are looking for. Artificial intelligence performs awesome analyses, and generates cool visualizations.

Anne Frank (1929-1945), a young Jewish girl, her sister, and her parents moved to the Netherlands from Germany after Adolf Hitler and the Nazis came to power there in 1933 and made life increasingly difficult for Jews. In 1942, Frank and her family went into hiding in a secret apartment behind her father’s business in German-occupied Amsterdam. The Franks were discovered in 1944 and sent to concentration camps; only Anne’s father survived. Anne Frank’s diary of her family’s time in hiding, first published in 1947, has been translated into almost 70 languages and is one of the most widely read accounts of the Holocaust.